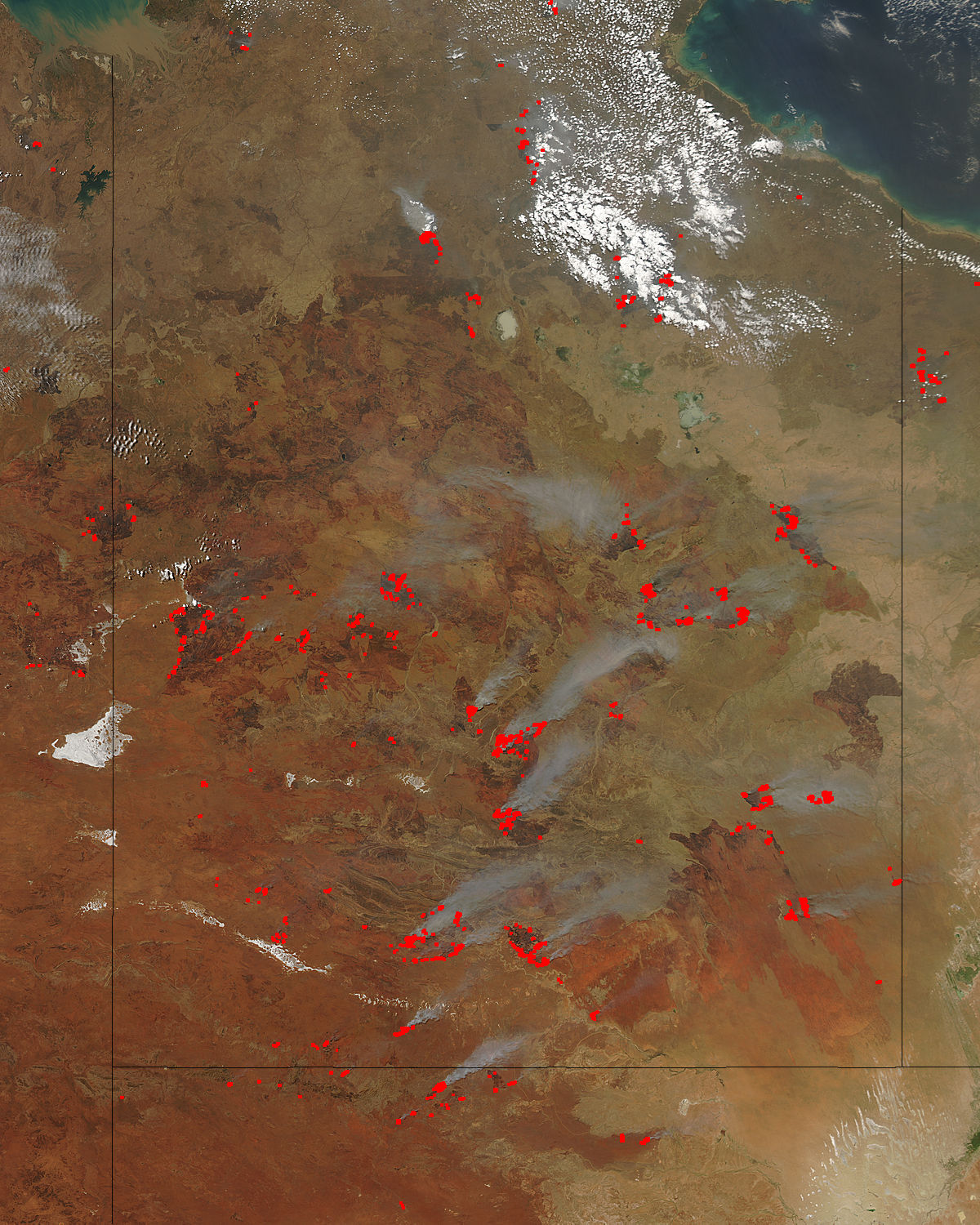 Large fires burned throughout Australia’s Northern Territory on September 30, 2011, when the Moderate Resolution Imaging Spectroradiometer (MODIS) on NASA’s Aqua satellite acquired this image. The fires are marked in red. Fire fighters were monitoring 21 fires, said news reports, but many more are shown in the image. The fires are burning through thick grass in remote areas. 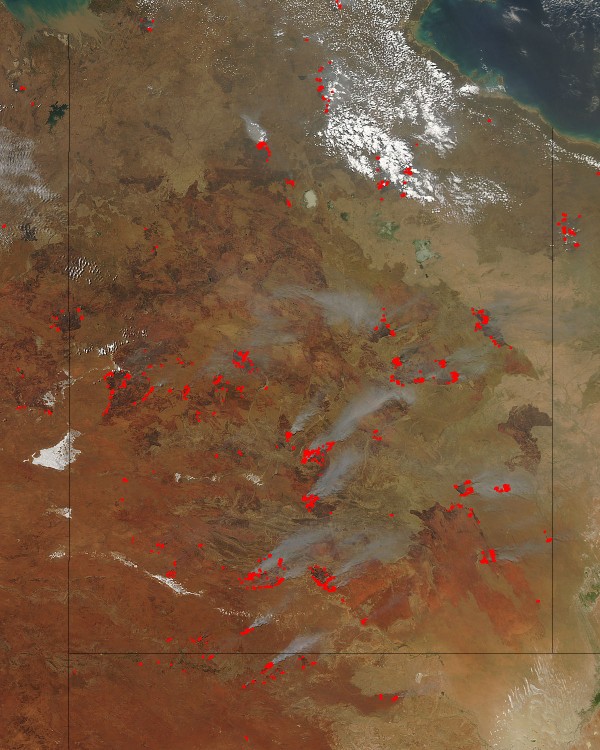 Several large fires burn near Alice Springs, the second largest city in the Northern Territory. In this image, Alice Springs can be seen in the southern section of Northern Territory, almost due north of a ring of fires burning around a blackened fire scar. The rugged Macdonnell Ranges run east to west in this region, pointing towards the city. Alice Springs can be seen as a small gray circle, but it is very difficult to distinguish in this image from a plume of smoke that hovers over the edge of the city.

There is a broad area of fire activity across central Australia. Smoke from the fires creating hazardous driving conditions in the Alice Springs region and forced some roads to close. Fires have burned nearly 150,000 square kilometers (58,000 square miles) in Northern Territory in September, said ABC News.

The fire season in 2011 is proving to be one of the most extreme in recent years. La Niña rains allowed thick grass to grow across Australia’s normally dry interior. The grass dried over the winter and is now an abundant source of fuel. (MODIS)