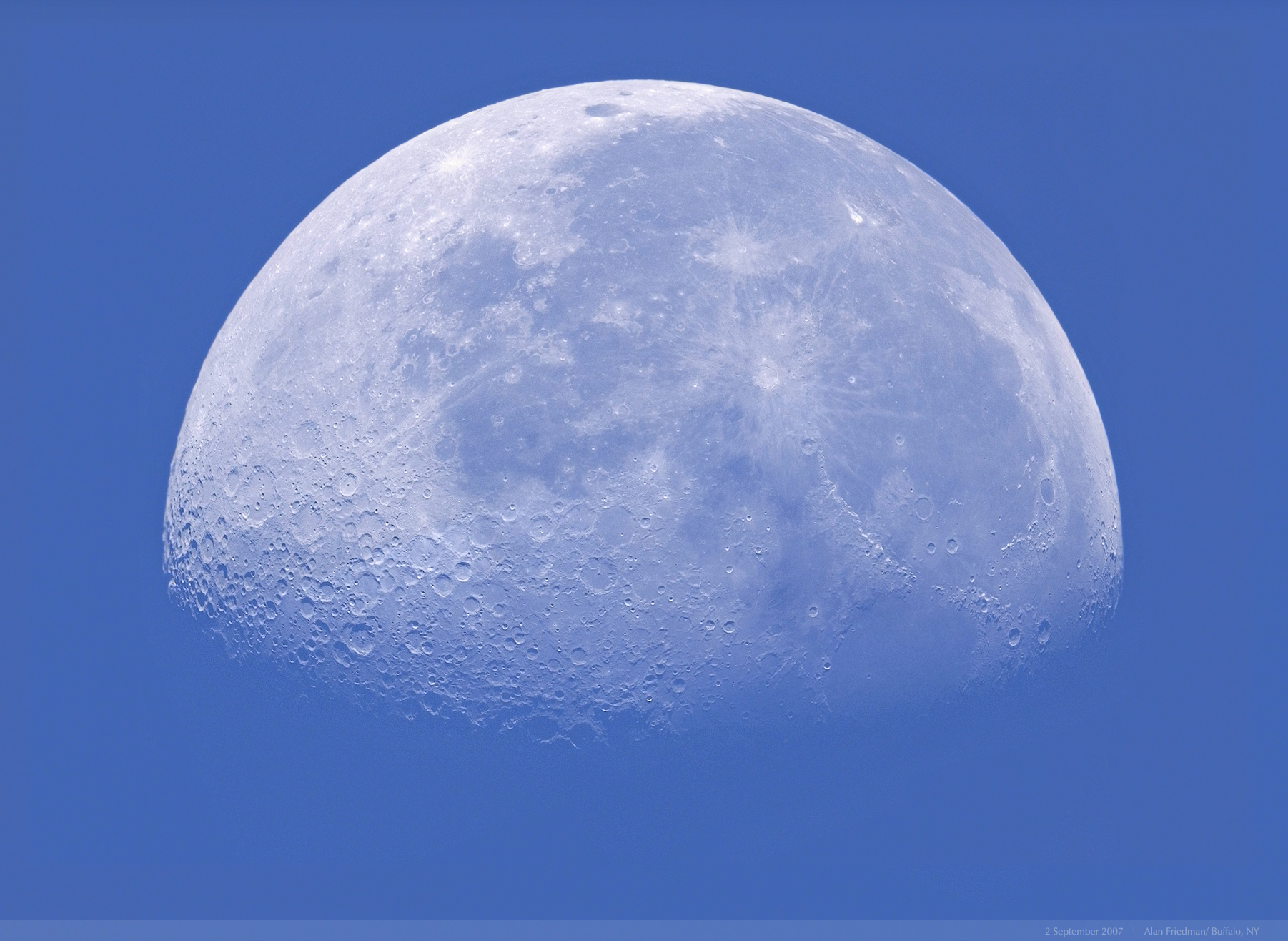 Understanding how and when you can spot the Moon is a matter of knowing the different lunar phases, specifically the relationship between the Sun, Earth and the Moon during each phase. The image below shows the simple geometry responsible for each of the Moon’s distinct phases. 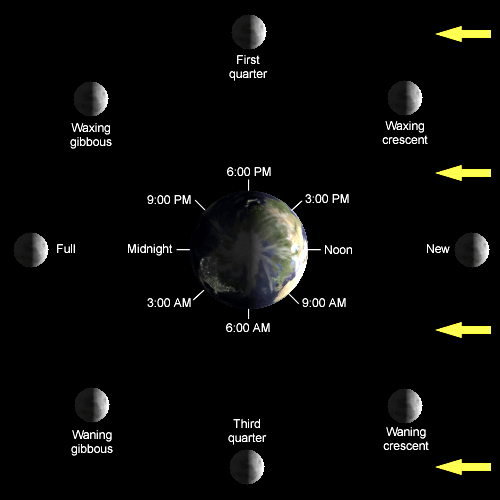 In the diagram it’s pretty easy to see that when Earth is between the Sun and the Moon, we see a full moon. When the Moon is between Earth and the Sun, we see a new Moon. The other phases are simply transitions from new to full and from full back to new.

In the meantime enjoy the transition from waning gibbous to waning crescent over the next week and get your telescopes out during the weekend of the 25th. The Moon will almost be at its new phase. (UniverseToday)

If you’d like to learn more about moon phases and when the moon will be visible in your area, the US Naval observatory has a great calculator at: http://aa.usno.navy.mil/data/docs/RS_OneYear.php 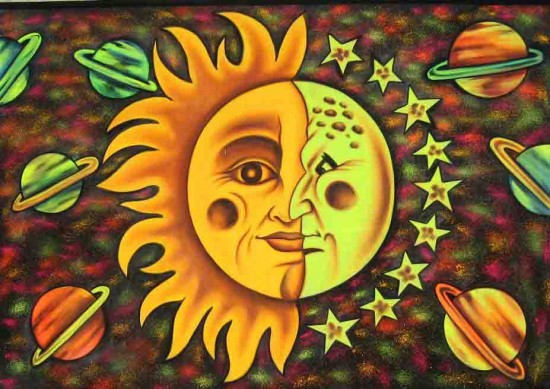 The moon is orbiting the Earth once every 28ish days.  You can’t see it during the day if it’s right between us and the sun because the back of it, which isn’t lit up by the sun, is pointed towards us.  If the moon is around 45 degrees off the sun or even 90 degrees off the sun then half of it will be lit up really quite brightly. Then the surface of the moon is about as bright as the surface of the Earth is.

The best way to understand what’s going on is to make some observations yourself. Try spotting the moon every day for about a month, and it’ll become clear. Some things you’ll notice:

You’ll also notice that the sun makes its way eastward over the course of a month. Try going out every night at the same time–say 7:00 PM, and notice whether you can see the moon, and where it is in the sky. If you catch it near the beginning of the lunar cycle, you’ll see that it’s in the west as a crescent (crescent always means it’s fairly close to the sun). The next night at 7:00 you’ll see that it’s farther east; the next night still farther east; and so on. Eventually it’s moved so far east that it will be near the eastern horizon at 7:00; and after that it will be below the horizon at 7:00. From that point you’ll have to wait another couple of weeks before you can see it in the west (at 7:00) again.

The Moon is in synchronous rotation: it rotates about its axis in about the same time it takes to orbit the Earth. This results in it nearly always keeping the same face turned towards the Earth. The Moon used to rotate at a faster rate, but early in its history, its rotation slowed and became tidally locked in this orientation as a result of frictional effects associated with tidal deformations caused by the Earth. The side of the Moon that faces Earth is called the near side, and the opposite side the far side. The far side is often called the “dark side,” but in fact, it is illuminated as often as the near side: once per lunar day, during the new Moon phase we observe on Earth when the near side is dark.

The Moon has an exceptionally low albedo, giving it a similar reflectance to coal. Despite this, it is the second brightest object in the sky after the Sun. This is partly due to the brightness enhancement of the opposition effect; at quarter phase, the Moon is only one-tenth as bright, rather than half as bright, as at full Moon. Additionally, colour constancy in the visual system recalibrates the relations between the colours of an object and its surroundings, and since the surrounding sky is comparatively dark, the sunlit Moon is perceived as a bright object. The edges of the full Moon seem as bright as the centre, with no limb darkening, due to the reflective properties of lunar soil, which reflects more light back towards the Sun than in other directions. The Moon does appear larger when close to the horizon, but this is a purely psychological effect, known as the Moon illusion, first described in the 7th century BC. The full Moon subtends an arc of about 0.52° (on average) in the sky, roughly the same apparent size as the Sun.