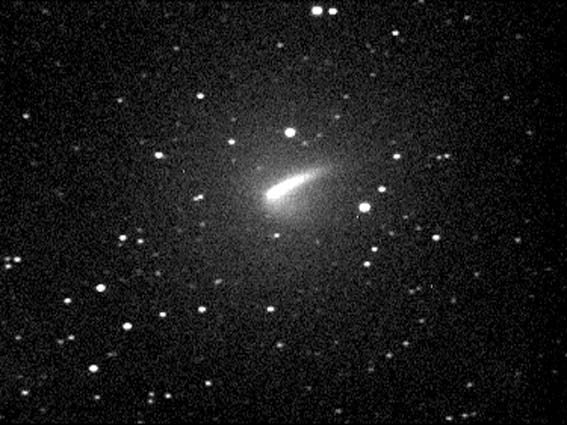 The comet Honda-Mrkos-Pajdusakova is expected to brighten rapidly in August as it passes to the south of the Earth. It will be observable from the southern hemisphere for about 2 weeks before getting too close to the Sun.

At its closest the comet will be 0.060 AU from the Earth, that is about 9 million kilometers away. While this is close for a comet, it is still about 24 times the distance of the moon. When it is first at magnitude 10, on the evening of August 9/10 it will be visible from New Zealand throughout the night, setting only briefly during daylight hours. For the next few nights until August 16 it will be circumpolar although low in the sky in the evening. On the 17th it will set briefly in the evening to rise again about midnight.

By mid September Honda-Mrkos-Pajdusakova will be an 8th magnitude object rising about 90 minutes before the Sun into the dawn sky. The comet will then be slow moving in Leo, a few degrees from Regulus. By mid October it will have faded to magnitude 10. (RASNZ)

The chart presents a view looking to the south in the evening at about 8 pm. The position of the comet is marked for each evening at this time. Stars to magnitude 7.50 are shown, with magnitudes labelled for stars brighter than magnitude 5.0.
The circle on the chart represents a field of view 5° in diameter, a fairly typical field of view for binoculars.

45P/Honda–Mrkos–Pajdušáková is a short-period comet discovered by Minoru Honda December 3, 1948. The comet is named after Minoru Honda, Antonín Mrkos, and Ľudmila Pajdušáková. The comet is on a elliptical orbit with a period of 5.26 years.  The comet nucleus is estimated to be 0.5-1.6 kilometers in diameter. During the 2011 perihelion passage the comet was recovered on 05 June 2011 at apparent magnitude 21. On 8 July 2011 the comet had a magnitude of approximately 18,  and as of 22 July 2011 the comet’s nuclear condensation has a magnitude of approximately 16.  The comet is expected to reach a peak magnitude of around 7.3 in late September when it is near perihelion.

During the 1995 perihelion passage the comet was visible to Solar and Heliospheric Observatory (SOHO) on January 16, 1996 when the comet was around apparent magnitude 7 and 4.3° from the Sun. (Wikipedia) 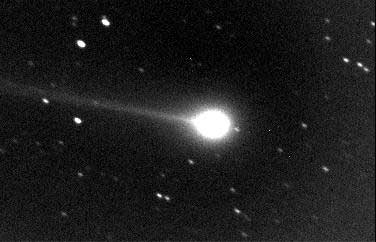