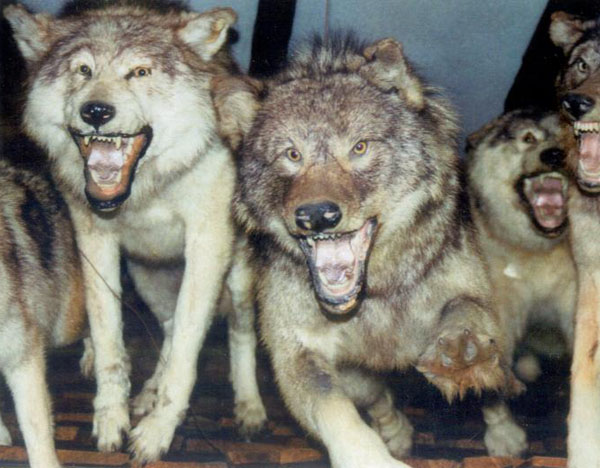 The mountains over Grenoble were once an ideal grazing ground for his 900 sheep. But now, after long banishment, the wolves are back – bolder and hungrier than ever. Wolves were eradicated in France in the 1930s, but made a comeback in the southern Alps in 1992, crossing from Italy. They have spread through eastern France, first to the Savoy and this year to the Vosges and Doubs regions. The predators have also appeared in the Pyrenees and in the heart of France in the Massif Central mountain range, but the government says these far-flung wolves also originate from the Italian pack.

Regional authorities estimate the French wolf population at between 170 and 200 this year, up from 140 to 170 last year. The government says wolves killed 1329 animals, mostly sheep, in France this year up to July 22.

“We are beginning to wonder if there is a type of wolf that has no fear … since humans are not doing anything to them,” says Pascal Grosjean, a French government wolf expert.

One such pack of fearless wolves swooped on a flock in broad daylight under the noses of two shepherds and five sheep dogs in the Alps in November 2010. European Union law forbids use of weapon for solving wolf problem, though as a last resort authorities can authorise the strategic shooting of a particularly deadly wolf, up to a limit of six per year. Police in the Alps had authorised one such hit last weekend after a wolf devoured 10 sheep and sent a further 62 in panic plunging to their deaths in a ravine. Thirty went missing in the overnight attack.

State officials have suggested fencing sheep in with electric wire – not a practical option in the remote, rocky spots where usually flocks are held. The state has already paid out 364,000 euros ($483,000) to farmers and shepherds this year to compensate them for their mauled sheep. Calls for more freedom to shoot the wolves alarmed environmentalists but many elected officials insisted it was necessary. (WAToday)

In February, a ‘super pack’of 400 wolves have been terrifying a Russian town after leaving more than 30 horses dead in just four days. Four hundred bloodthirsty wolves have been spotted prowling around the edges of Verkhoyansk, in Russia, attacking livestock at will. ‘A pack of wolves this size is unheard of, with the animals usually preferring to hunt in smaller groups of just six or seven. The massive group is believed to be made from hundreds of packs and has left animal experts baffled. It’s believed that the harsh Siberian winter – where temperatures plummet to minus 49C – had killed off the animal’s usual prey.  The population of their usual prey, rabbits, has decreased this year due to lack of food, so wolves have had to change their habits. (DailyMail)

Just last year footage of several wolves rushing past a routine traffic stop in Russia made headlines when the policeman jumped into the car he had just flagged down and a pack of wolves darted past on a busy highway throwing caution to the wind and terrifying both the policeman and the audiences worldwide who watched it later. This of course raised a serious question over whether some animal populations were getting more hostile. And indeed it did seem to be the case.

In May we reported about  large numbers of wild boar roaming the streets of Berlin and causing chaos. Wandering around on the roads, rummaging through garbage and digging up the grass the boars have become something of a nuisance.

In April, the mass migration of rats was under way into the inland deserts of Australia after a run of high rainfall seasons. There were also numerous reports about gigantic rats in South Africa attacking people.

It look that Earth changes and global extinction of wildlife affecting animal world with food shortage. That we have in common. Famine and hunger is part of their world too, so this events will only increase as time pass by.

Leave a Reply to A Boar, A Fox, and Three Kangaroos | Sprocket Ink Cancel reply