7 secret ways we are being poisoned

The objectivism of the scientific method seems to have been hijacked by corporations who often pay for scientists to support their products, as well as politicians who move through the revolving door between the private and public sector.  Even worse is that sometimes the consumer protection agencies themselves are complicit.

The trust placed by consumers in scientific studies and Federal oversight committees has been violated in service to profit so that products are allowed to enter the marketplace with reduced safety standards.   The synthetic chemicals we encounter on a daily basis in our food, water, and environment are increasingly shown to be disastrous to our physical and mental well-being.  Volumes can be written -- indeed have been written -- by experts in both mainstream and alternative medicine who have documented the sleight of hand used to hoodwink consumers and threaten our health.  The categories below are worth deeper investigation as prime examples of what we might face as a species if this chemical bombardment continues. 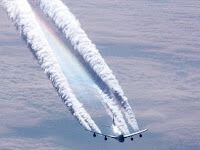 This is all leading to scientific, governmental, and medical management of the health and rights of the individual. It is ironic (or coincidental) that when one becomes sick due to the unnatural products listed above, the mainstream medical establishment aims to treat the afflictions with more unnatural chemicals.  Furthermore, some of the people at high levels of American government and academia such as John P. Holdren, the current White House Science Czar, have advocated population control via "pollution particles" as far back as 1977 in books such as Ecoscience.  Holdren's views of humanity could make one question the intentionality of the poisons in our environment.