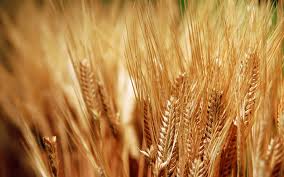 Australia's first trial of genetically modified wheat and barley is under way near Narrabri, New South Wales in the south-eastern area of the country. The goal of the GM wheat is said to be more nutritious bread (http://www.smh.com.au/nsw/gm-wheat-…).

How exactly the genes were altered to create this alleged more nutritious bread remains a secret. All that is known is that 14 different strains of wheat and barley will be grown. Some strains will allow researchers to look at enriching the crops with extra nutrients, and others will look at using nitrogen in the soil more efficiently, which could mean higher productivity with less fertilizer.

The CSIRO, which is running the three-year experiment, said the gene combinations in the trial are secret because they are subject to commercial-in-confidence agreements that protect the interests of the government research agencies involved and a U.S. company, Arcadia Biosciences.

Environmental groups and organic farmers oppose the GM trial, arguing that it is quite possible, and even likely, for the GM wheat and barley to mix with natural strains and 'contaminate' some of Australia's wheat crop with the genetic modification.

Environmental group Greenpeace opposes the trial, furthermore, because the safety of the modified crops for human and animal consumption has not been tested in any scientific trials.

The CSIRO says it will follow the safety requirements of the license issued by the Office of the Gene Technology Regulator.

"The risk assessment concluded that this proposed limited and controlled release … poses negligible risks to the health and safety of people or the environment as a result of gene technology," the gene technology regulator said.

Certain safety measures will also be taken, according to Dr. Matthew Morell, a researcher with the CSIRO's Future Food division.

Sources for this story include:
http://www.smh.com.au/nsw/gm-wheat-…