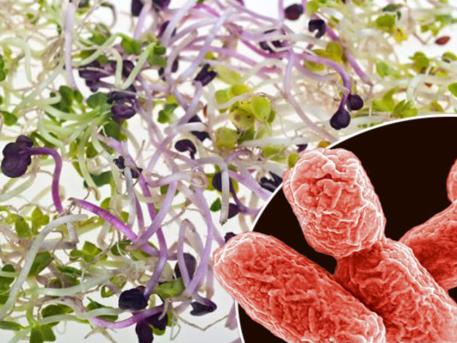 German-grown bean sprouts have been identified as the most likely potential source of the deadly E. coli outbreak in the north of Germany, authorities said on Sunday. There was no definite proof as yet but "a connection has been found involving all the main outbreaks," Gert Lindermann, the agriculture minister for the state of Lower Saxony, told a news conference.

In a statement, the ministry also advised Germans to "not eat any bean sprouts right now," adding that definite results from the laboratory would be available only on Monday. The bacteria has so far killed 22 people and made over 2000 ill across Europe since being detected in northern Germany over three weeks ago.

Germany's new health minister, Daniel Bahr, wrote in a newspaper article Sunday that hospitals in Hamburg had been inundated with E. coli patients and that "insufficient capacity" had led to an emergency situation. He added that hospitals outside Hamburg – Germany's second-largest city – could be used to treat patients infected with the highly toxic bacterial strain.

Hospitals in Hamburg, where the outbreak began three weeks ago, have begun moving out patients with less serious illnesses to handle the surge of people stricken. (DeutscheWelle)

All except 1 of the above HUS and EHEC patients had travelled to or from Germany during the incubation period for infection, typically 3–4 days after exposure (range 2–10 days). An increasing number of cases is laboratory confirmed as EHEC serotype O104:H4 or, more precisely, a strain of enteroaggregative verocytotoxin-producing E. coli (EAggEC VTEC) O104:H4.In addition, the Centers for Disease Control and Prevention in Atlanta, United States of America, had earlier published information on 2 cases of HUS in the United States linked to this outbreak.

All of the affected countries are reporting their cases to the German authorities and WHO. European Union countries are also sharing information through the secure Early Warning and Response System (EWRS). EHEC and HUS have exclusive notification categories, so case numbers should not overlap. The figures in any rapidly evolving outbreak, however, are provisional and subject to change for a variety of reasons. (WHO)

Slovenia  reported the case of patients infected with bacteria escheria coli, but the Slovenian Institute of Public Health has not confirmed that this is the same strain of bacteria that devastated Germany.

It seems that the Germans have discovered the cause of a deadly strain of E.coli infection which has so far killed 22 people. Specifically, a spokesman for the Ministry of Agriculture Lower Saxony Gert Hahne on Sunday said that the bean sprouts grown in Germany, the most likely cause of the disease, explaining how in both places where the majority of infected dishes using bean sprouts domestic breeding.

The media have reported that it has closed a company in the region Uelzen, while earlier as the place where the patient infected dozens of restaurants are located in Lübeck, and the celebration of the anniversary of the harbor in Hamburg. Further tests are expected on Monday.