Adding to the natural rice industry’s woes after Bayer CropScience contaminated a third of the US rice supply with transgenic rice in 2006, the widespread application of Bayer’s glufosinate and Monsanto’s glyphosate is reducing crop yields, and burning and deforming rice plants that survive. 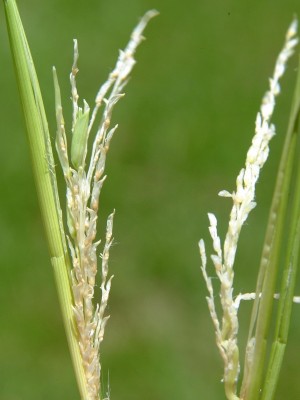 MRC president Mike Wagner recently told crop dusters at this year’s Mississippi Agricultural Aviation Association annual meeting that glyphosate is wreaking havoc on the natural rice industry where “non-transgenic rice is planted in a sea of genetically modified crops that are tolerant to glyphosate.”

Wagner reported that, “Rice specialists noticed that rice that had no obvious damage through the growing season would yield and mill poorly and would exhibit the classic trait associated with late glyphosate drift — the kernel would be shaped like a parrot beak instead of its normally elongated, symmetrical shape.”

Field studies run in 2007 and 2008 by the University of Arkansas showed reduced rice yield by up to 80% from glyphosate, as well as glufosinate, an herbicide produced by Bayer. On top of reduced yield, both herbicides burned the leaves and stunted the growth of rice plants.

In December, the MRC unanimously recommend an annual cutoff date of June 1 for its aerial application, when yield potential for rice is determined.

“Damage occurring at this time does not allow for an alternate crop to be replanted. Consequently, the farmer has two nooses around his neck: (1) he is stuck with a crop that will generate lower revenues, and (2) he has already incurred nearly all expenses that are associated with that crop,” said Wagner.

In 2010, Louisiana Rice Man noted that the pressure from bacterial panicle blight, leaf scald and leaf smut “was about the worst I have ever seen.” Though he attributes it to abnormally high temperatures, most likely the cause is glyphosate and/or glufosinate, which destroy soil microflora that assist in plant defense.

The 2006 genetic contamination of natural rice resulted in the collapse of the export market to Europe and other nations. Further reductions in the yield of natural rice now threaten the industry with collapse. 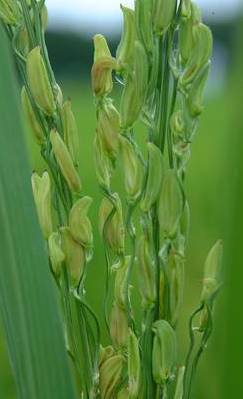 Publicizing this information can be difficult at best and career-ending at worst. In the U of Arkansas study cited above, researchers noted that most rice farmers wrongly believe the damage from glufosinate is only cosmetic. Worse, in 2008, the US Dept. of Agriculture announced it would stop publishing information about the amounts and types of agrochemicals sprayed on crops, leaving the public blind to the corporate poisoning of our environment. Since then, we’ve had to rely on sporadic reports, whistle blowers, or independent scientists to warn us of emerging dangers.

Bertram Verhaag’s scenically beautiful film, Science Under Attack, is one of several he produced on biotechnology. (Also see David vs Monsanto, Seeds and Seed Multinationals, and Life Running out of Control.) In Science Under Attack, he interviews scientists whose careers were ruined because they published studies warning of health dangers from genetically modified crops. From smaller brain size in rats fed biotech food, to lowered immunity, organ damage, and infertility, the information is suppressed by the biotech industry and governments beholden to it.

When world-renowned biochemist Arpad Pusztai studied the effect of a GM potato on rats, he found “36 significant differences” between those fed the GM versus non-GM potatoes. The film includes the clip from his career-ending interview on a UK television show in 1999, exposing some of these problems. Those 150 seconds changed his life forever. He and his wife (also a researcher) were both fired, and his reputation smeared.

In a 1998 lawsuit, the Center for Food Safety produced thousands of documents showing that the Food and Drug Administration suppressed its own science reporting that GM crops are not “substantially equivalent” to normal food, refusing to perform the recommended studies.

Ignacio Chapela is another scientist who made world news when he exposed widespread genetic contamination of natural corn in Mexico, which at the time banned GM crops. UC Berkeley tried to fire Chapela three times before he finally took a job in Norway at the Institute of Gene Ecology. This multidisciplinary research institute studies biosafety. Its existence reveals a global scientific rebellion resisting and confronting the technocracy serving only profits.

Another scientist warning about glyphosate and featured in the film is Andres Carrasco. In 2010, he released a summary of scientific evidence on genetically modified soy and the herbicide glyphosate, and its impact on humans. In Science Under Attack, Carrasco reports that glyphosate causes brain, intestinal and heart defects in fetuses.

The summary includes a “study on human cells ”

Of note, “The adjuvants in Roundup increase the toxicity of glyphosate because they enable the herbicide to penetrate human cells more readily.”

In The Poison of the Pampas, a 22-minute news report by journalist Rolando Grana, broadcast in Argentina in April of last year, severe birth defects have been documented in babies whose mothers were exposed to glyphosate during pregnancy. (Also see Part 2.)

Industrial scale agrochemicals and GM crops are also linked to the collapse of honeybee populations, which the film Queen of the Sun details. Indeed, with growing evidence from independent scientists showing harm to animals ingesting GM crops, it’s no wonder many of the speakers in this film are convinced that GM crops contribute to colony collapse disorder ( review here.)

Superweeds resistant to herbicide have long been a growing problem for farmers in the U.S., Britain and Australia.

Earlier this year, plant pathologist Don Huber revealed a link between glyphosate and a dangerous new pathogen which is found in nearby soil and in the feed of animals suffering with infertility and spontaneous abortions. The pathogen is present in sudden death syndrome in Monsanto’s Roundup Ready soy and Goss’s wilt in RR corn.

In addition to warning the USDA in January, Huber also notified the European Union president and several key ministers in April of the dangers to plants and animals associated with glyphosate. “In layman’s terms, it should be treated as an emergency,” he told the USDA.

An important aside: Huber has serious concern with genetic contamination of natural alfalfa, which is guaranteed with this open-pollinated perennial crop. Huber predicts, “In five years, you won’t have anything except Roundup Ready alfalfa. Coexistence is not possible,” he says. “When you take a number one forage crop and you place it any kind of jeopardy, we have a tremendous impact on the sustainability of our animal production.”

Ignoring Huber’s dire warnings, the USDA approved the deployment of GM alfalfa this year. This can be seen as nothing other than a deliberate move to destroy the organic beef and dairy industry in the U.S. and Canada. You can send a letter to President Obama asking for an immediate moratorium on GM alfalfa at this Food Democracy Now! action page.

The National Agricultural Aviation Assn. will hold this year’s annual convention in Las Vegas Dec. 5-8 at the Las Vegas Hilton. Crop dusters might appreciate well crafted literature showing the destruction wrought by agrochemicals on human and animal health, as well as the environment. (GlobalResearch)

More Problems with Glyphosate: US Rice Growers Sound the Alarm by Rady Ananda