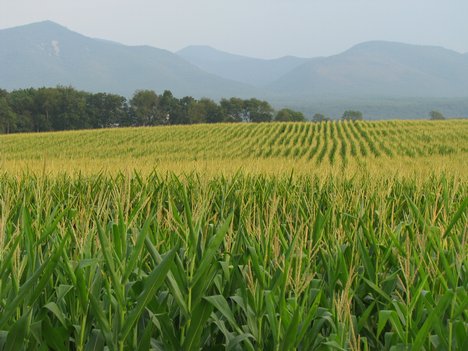 When Dr. Don Huber, professor emeritus at Purdue University and internationally-recognized plant pathologist, wrote a letter back in January to US Department of Agriculture (USDA) Secretary Tom Vilsack, warning him about a new mystery disease showing up primarily in genetically-modified (GM) crops, the notice fell on deaf ears.

Research conducted by a team of senior plant and animal scientists found that Monsanto’s glyphosate chemical, which is the primary ingredient in its popular RoundUp herbicide formula, appears responsible for infecting plants with an AIDS-like syndrome that destroys their immunity, blocks their absorption of certain vitamins and minerals, and eventually kills them.

Dr. Huber explains in his letter that the destruction caused by glyphosate does not appear limited to plants, either -animals and humans alike that consume foods tainted with the chemical, or that are exposed in some other way to it, are potentially susceptible to developing the same autoimmune disorder. For this reason, Dr. Huber urged the USDA to further investigate RoundUp, as well as to deny the deregulation of GM alfalfa.

You can read a copy of Dr. Huber’s letter for yourself here:
http://es-la.facebook.com/notes/woo…

The key factor of Dr. Huber’s discovery was a microscopic pathogen specifically prevalent in GM crops. The pathogen, he explained in an interview withFood Democracy Now!(FDN) as well as in his letter, is common. But an apparent weakening of plant immunity by glyphosate makes plants treated with the chemical more susceptible to contracting the harmful pathogen. And as a result of exposure, large swaths of GM farmland have died, and many animals that feed on GM-tainted meal have become infertile or have had abortions.

But instead of listening to the scientifically sound advice of Dr. Huber and withholding deregulation of GM alfalfa until more intense safety studies could be conducted, the USDA decided to ignore it all and approve the “Frankencrop” anyway.