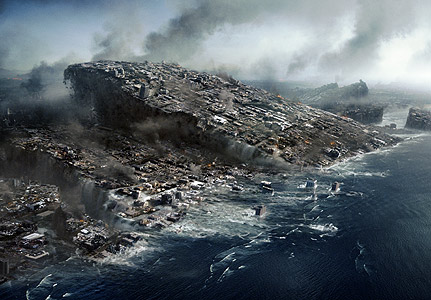 The man, identifying himself as Teacher Wang, said Taiwan would be struck by a magnitude-14 earthquake and 170m (560ft) high tsunami on 11 May. More than 100 cargo containers have been bought and set up in a mountainous area of central Taiwan.

Police said they were investigating if he had conspired with a container business to defraud people. “Teacher Wang” suggested people live in such containers to survive the disaster, which he said would kill millions of people and split the island in half. Taiwan’s famous Taipei 101 skyscraper and the Presidential Office building would be toppled, he warned. More than 100 cargo containers have been discovered in the town of Puli, Nantou county. 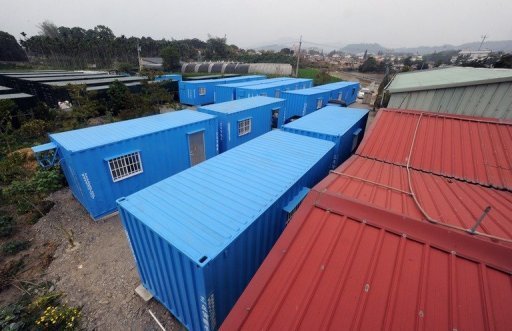 Taiwan is in a quake zone. In 1999 a 7.6-magnitude tremor killed more than 2,400 people and damaged 50,000 buildings. But Taiwan’s Central Weather Bureau says there is no basis for the doomsday prediction, since a magnitude-14 tremor is unheard of, and quakes cannot be reliably predicted. Officials say Japan’s recent devastating quake and tsunami may have led fraudsters to exploit people’s fears. The authorities have removed his doomsday warnings from the internet. (BBC)

The bureau said the individual, known as “Teacher Wang” (王), had written on his blog that based on his reading of the Chinese classic I Ching (易經) — also known as the Book of Changes — the super earthquake would hit at 10:42:37am on May 11.

As far as earthquakes are concerned, here is a list of large earthquakes and casualties over the last 101 years in Taiwan:

1935 was a very bad year with two large earthquakes claiming more than 6000 lives! The last really big one was just before I came to Taiwan. It was in 1999 and claimed 2400 lives. In my first few years on the island I lived in a ground floor apartment and hardly felt anything. The last two years I’ve been on the 6th floor, and that little bit of height makes a big difference. I’ve experienced perhaps five earthquakes that I could really feel, and several smaller ones with hardly any effect. This image gives an indication of the seismicity of Taiwan between 1990 and 2000 and includes all earthquake activity, large and small:

To be sure, Taiwan is a very active seismic area, but really big quakes that cause a lot of damage aren’t all that frequent. But for a guy who grew up on the Highveld of South Africa, it is a relatively scary prospect. Taiwanese, however, just seem to get on with it as if nothing out of the ordinary ever happens. It’s your basic frog and the hot water scenario. Live with something long enough, or grow up with something and people tend to find it normal or unworthy of much attention. (bismarckintainan) 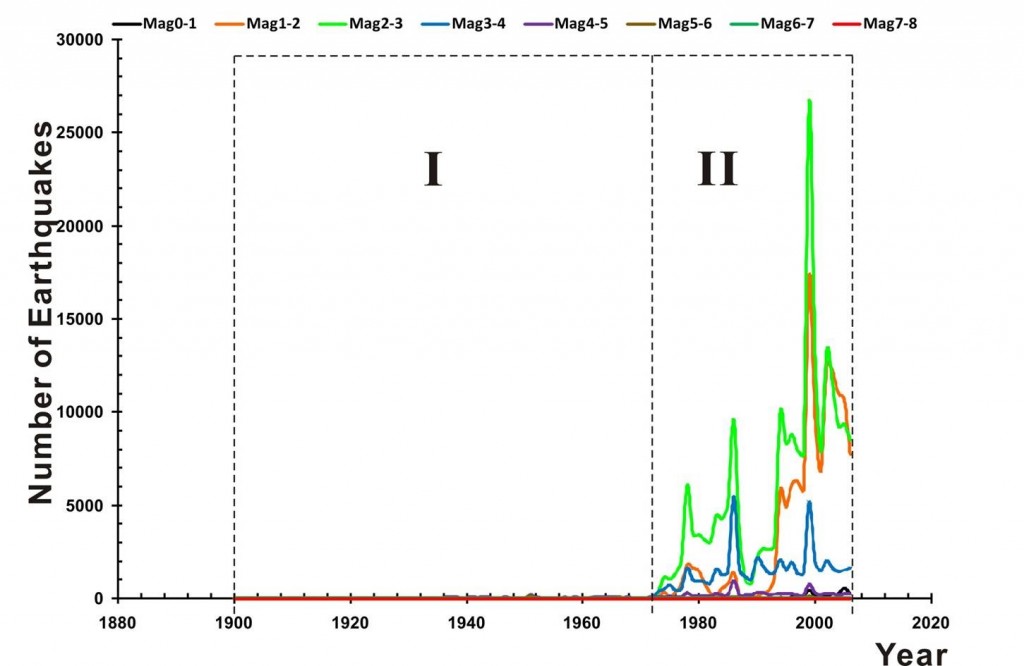 The lithospheric structure of the Taiwan collision belt