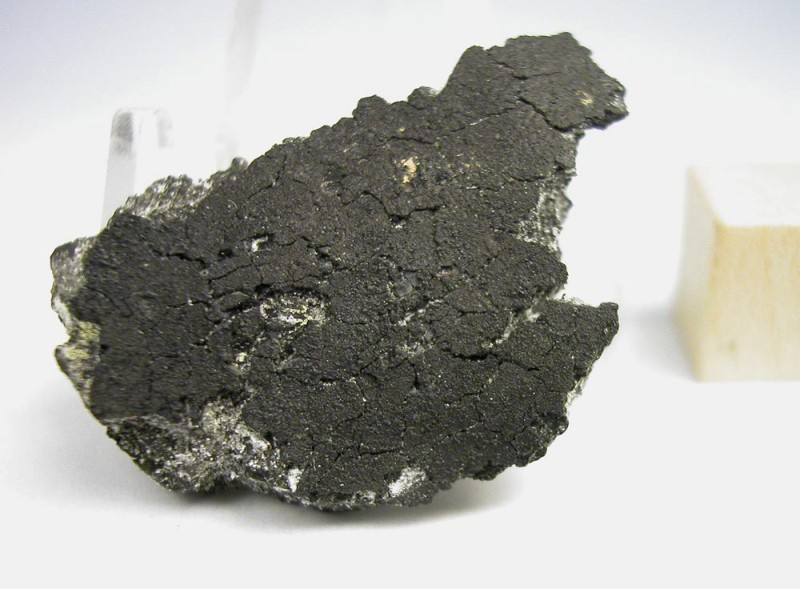 We are not alone in the universe! Alien life forms may have a lot more in common with life on Earth than we had previously thought. That’s the stunning conclusion one NASA scientist has come to, releasing his groundbreaking revelations in a new study in the March edition of the Journal of Cosmology. 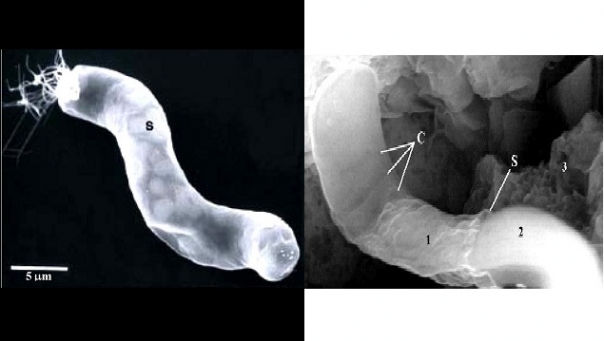 Dr. Richard B. Hoover, an astrobiologist with NASA’s Marshall Space Flight Center, has traveled to remote areas in Antarctica, Siberia, and Alaska, amongst others, for over ten years now, collecting and studying meteorites. Hoover describes the latest findings in his study of an extremely rare class of meteorites, called CI1 carbonaceous chondrites. Only nine such meteorites are known to exist on Earth.

Though it may be hard to swallow, Hoover is convinced that his findings reveal fossil evidence of bacterial life within such meteorites, the remains of living organisms from their parent bodies – comets, moons and other astral bodies. By extension, the findings suggest we are not alone in the universe, he said.
“I interpret it as indicating that life is more broadly distributed than restricted strictly to the planet earth,” Hoover told. “This field of study has just barely been touched – because quite frankly, a great many scientist would say that this is impossible.” 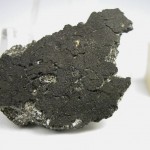 In what he calls “a very simple process,” Dr. Hoover fractured the meteorite stones under a sterile environment before examining the freshly broken surface with the standard tools of the scientist: a scanning-electron microscope and a field emission electron-scanning microscope, which allowed him to search the stone’s surface for evidence of fossilized remains. He found the fossilized remains of micro-organisms not so different from ordinary ones found underfoot – here on earth, that is.
“The exciting thing is that they are in many cases recognizable and can be associated very closely with the generic species here on earth,” Hoover told. But not all of them. “There are some that are just very strange and don’t look like anything that I’ve been able to identify, and I’ve shown them to many other experts that have also come up stumped.”

Other scientists tell the implications of this research are shocking, describing the findings variously as profound, very important and extraordinary. But Dr. David Marais, an astrobiologist with NASA’s AMES Research Center, says he’s very cautious about jumping onto the bandwagon. These kinds of claims have been made before, he noted – and found to be false. Knowing that the study will be controversial, the journal invited members of the scientific community to analyze the results and to write critical commentaries ahead of time. Though none are online yet, those comments will be posted alongside the article, said Dr. Rudy Schild, a scientist with the Harvard-Smithsonian’s Center for Astrophysics and the editor-in-chief of the Journal of Cosmology.

“Given the controversial nature of his discovery, we have invited 100 experts and have issued a general invitation to over 5,000 scientists from the scientific community to review the paper and to offer their critical analysis,” Schild wrote in an editor’s note along with the article. “No other paper in the history of science has undergone such a thorough vetting, and never before in the history of science has the scientific community been given the opportunity to critically analyze an important research paper before it is published, he wrote.” 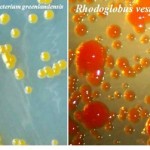 Dr. Seth Shostak, senior astronomer at the SETI Institute, said there is a lot of hesitancy to believe such proclamations. If true, the implications would be far-reaching throughout the fields of science and astronomy, the suggestions and possibilities stunning. “Maybe life was seeded on earth – it developed on comets for example, and just landed here when these things were hitting the very early Earth,” Shostak speculated. “It would suggest, well, life didn’t really begin on the Earth, it began as the solar system was forming.” Hesitancy to believe new claims is something common and necessary to the field of science, Hoover said.

“A lot of times it takes a long time before scientists start changing their mind as to what is valid and what is not. I’m sure there will be many many scientists that will be very skeptical and that’s OK.”

Until Hoover’s research can be independently verified, Marais said, the findings should be considered “a potential signature of life.” Scientists, he said, will now take the research to the next level of scrutiny, which includes an independent confirmation of the results by another lab, before the findings can be classified “a confirmed signature of life.” Hoover says he isn’t worried about the process and is open to any other explanations.

“If someone can explain how it is possible to have a biological remain that has no nitrogen, or nitrogen below the detect ability limits that I have, in a time period as short as 150 years, then I would be very interested in hearing that.” “I’ve talked with many scientists about this and no one has been able to explain,” he said.

Origins of Life – Life Came From Other Planets (Journal of Cosmology)