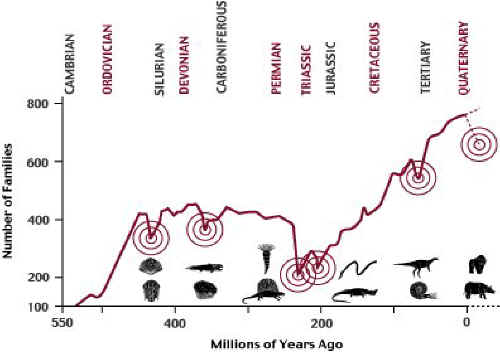 Earth may be on the brink of a sixth mass extinction on the scale of the apocalyptic event that wiped out the dinosaurs. 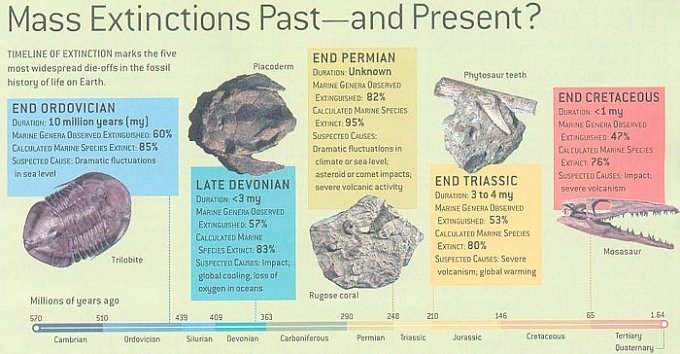 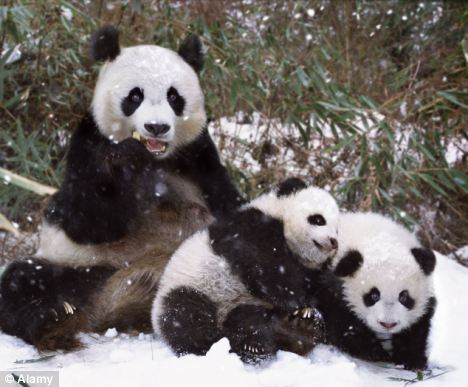 A new study of mammal populations raises the alarming prospect of a sixth mass extinction, this one a direct result of the effect humans are having on the planet. Scientists in the U.S. compared extinction rates from the fossil record with the speed at which mammals are vanishing today. Within the past 500 years, it is estimated that at least 80 species of mammals have become extinct out of a starting total of 5,570 species. This compares with an average extinction rate for mammals of less than two species disappearing every million years. The findings are published in the journal Nature.

‘It looks like modern extinction rates resemble mass extinction rates, even after setting a high bar on defining mass extinction,’ said lead researcher Professor Anthony Barnosky, from the University of California at Berkeley. He added: ‘If currently threatened species – those officially classed as critically endangered, endangered and vulnerable – actually went extinct, and that rate of extinction continued, the sixth mass extinction could arrive within as little as three to 22 centuries.’ Scientists believe humans are causing the sixth mass extinction by fragmenting habitats, introducing non-native species, spreading diseases, killing species, and changing the climate. But Professor Barnosky said it was not too late to prevent the loss of species reach an extinction ‘tipping point’.

‘So far, only 1 percent to 2 percent of all species have gone extinct in the groups we can look at clearly, so by those numbers, it looks like we are not far down the road to extinction. We still have a lot of Earth’s biota to save. It’s very important to devote resources and legislation toward species conservation if we don’t want to be the species whose activity caused a mass extinction.’ – Professor Barnosky

‘The modern global mass extinction is a largely unaddressed hazard of climate change and human activities. Its continued progression, as this paper shows, could result in unforeseen – and irreversible – negative consequences to the environment and to humanity.’
Richard Lane, programme director at the U.S. National Science Foundation’s Division of Earth Sciences, which funded the study